Posted on 09-10-2021 by Guest
by Tony Orman
There’s some basic rules to going hunting with your camera.
Know your quarry
There is only one way to get to know wildlife: – spend time watching. Sit and observe wildlife. Watch wildlife.
Observe habits. Wait – and watch.
Of course hunting involves respecting wildlife’s keen eyes such as sharp eyesight and very importantly hunting into the wind drift otherwise deer, pig or other animal will scent you and be gone.
Go for Golden Hours
Stick to the hours of just after sunrise and just before sunset.
This means getting up early in the morning and being in the field before sun-up, or going out in the late afternoon to make the most of the last hours of sunlight. Middle-of-the-day light generally is just not conducive to striking photos.
In any case,  generally wild animals are resting during most of the daylight hours.
But there’s no ultra-fast rules.
For example overcast days or twilight after the sun has gone down behind the skyline results in an even light with no harsh shadows. 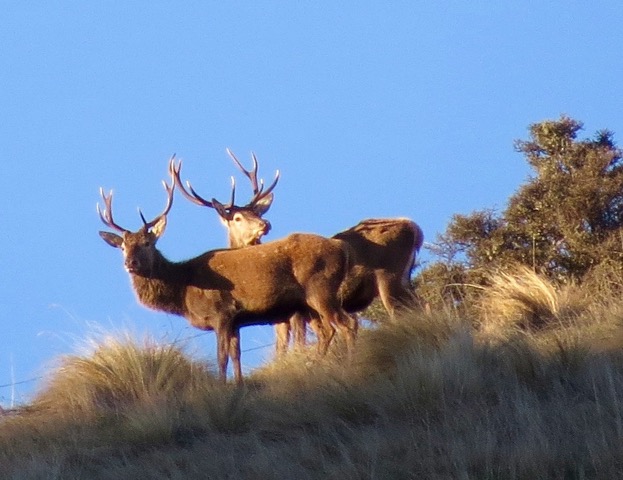 © Two stags in golden hour of “sun-up”
Interaction
Don’t just focus on one animal or bird.
Be patient.
Sometimes you’ll capture interaction between creatures. For example two spiker deer just playing jostling or a full blooded fight between two stags, perhaps a hind and fawn? You might by waiting get a chance of the fawn feeding off its Mum. Perhaps a bird feeding its young?
Vary height
Do you shoot from standing up? Or down low flat against the ground? Each will give quite a different result.
Steady
Camera shake can be difficult especially in low light situations. A tripod is a real asset but not always practical to lug around in the hills. I carry a nibbie (stick) in the top of which is set a a thread to screw the camera onto.
Otherwise get a rest such as a tree trunk, farm fence post or sit with your elbows firmly resting on your knees.
Photograph every creature
With digital cameras you can take numerous photos so click away. Often you don’t realise how good your photo is until you get it up on the computer screen. You can shoot several and then on the computer select the best one.
Patience
Photographing wildlife is uncertain due to creature’s unpredictable nature. Wildlife can surprise suddenly popping up unexpectedly. But it may take time. It’s therefore important you are patient.
Some days nothing happens. That’s just the nature of any hunting whether with rifle or camera. You might draw a blank, but eventually, you’ll be rewarded.

© A fleeting chance of a bush robin shot that I took by being ready!
Be Ready
Anytime, any place, an opportunity may pop up unexpectedly.  Have your camera out and ready.  The chance of a bush robin, kea or tomtit shot or a deer or wild pig or other wild animal photo may be only there for 20 or 30 seconds.
So have your camera ready – to shoot.
Just Being There
There will be blank days so just enjoy being there. Admire the changing light of golden hour – it can be magical – cloud formations such as sunsets and sunrises.
Above all, have fun! 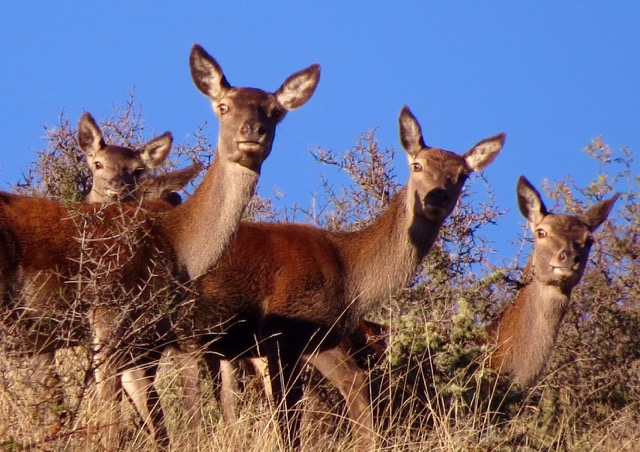 © The magical time of sunset and clouds

2 Responses to Some Wildlife Photography Thoughts