Posted on 13-06-2021 by Guest
Switzerland is holding a referendum over whether or not to ban synthetic pesticides. Environmentalists, are battling the powerful lobby of farmers and agrochemical companies over the issue.
The pesticide issue has been simmering for some time with the public concern increasing.
But the farm lobby, has been vocal in its opposition to the anti-pesticide campaign and the referendum.
Agri-chemical giants Syngenta and Bayer have been promoting the benefits of pesticides online and on social media, while the Swiss government has urged the public to vote ‘no’ to any ban.
The Swiss Farmers’ Union says if the referendum says ‘no’ to pesticdes, it will cause a drop in Swiss food production and result in imports increasing to compensate plus a rise in food prices. Farmers have moved to reduce pesticide use and synthetic pesticide use in Switzerland has dropped 40% in the last decade.
But pesticides harm insects directly as well as indirectly  through toxins. The food chain is disrupted and when insects decrease so too do the birds that feed on them.
Wind drift and rain runoff spread pesticides into rivers, lakes and other habitats and studies show extreme declines in flora and fauna near farmland where they are used.
Some pesticides are suspected of adversely affecting human health. For example, studies have shown farmers are more likely to get Parkinson’s disease and some cancers. In France, Parkinson’s disease is now recognised as an “occupational hazard” for farmers.
Nevertheless scientists question whether a ban on all synthetic pesticides is economically feasiible.
Signs are however that the public have a growing concern. Seven years ago in 2014, the citizens of an  alpine village, Mals in northern Italy voted to ban all synthetic pesticide use. 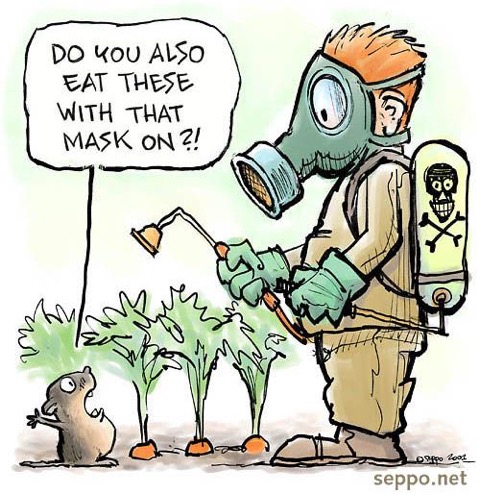