The Suffocating of the Marlborough Sounds by Sediment 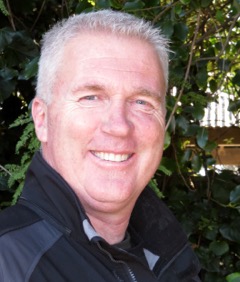 The Marlborough Sounds has been suffocated by silt. There is no denying this fact. It has been going on for over 40 years. Therefore it was startling to recently read that Marlborough mayor John Leggett saying after a recent study again pointing this out, that there was nothing new in the report and that council had been aware for ten years.
Only ten years?  What about the rest!
Forty-two years ago, a scientific paper (O’Loughlin) compared sediment loads between harvested (logged) forestry areas and unlogged areas. Sediment loads up to 13,000ppm from streams in harvested areas as compared to 30ppm in non-harvested.  That’s well over 400 times more silt.
Other studies followed through the 1980s. An extract reads “found seabed smothered below harvested (forestry) area, but was healthy and diverse below non-harvested areas.”
The evidence was compelling and overwhelming – and stark.
Dr Steve Urlich, once Marlborough District council’s environmental scientist, identified 15 previous studies in 2015 all identifying the steady suffocation by silt-laden runoff from mainly forestry logging.
I know first hand having visited the Kenepuru Sound with holiday outings as early as 1974 on family camping trips to now being a semi-permanent resident.
Frequent diving both commercially and recreationally over 40 years to the present, has given me first hand observation of the worsening crisis from one end of the Sounds to the other.
Yet successive councils and successive mayors – and CEOs –  have read the more than 15 scientific studies – identified by Dr Steve Ulrich – warning of the dire situation – and done nothing.
Neglect and Inertia
It is a deteriorating and drastic situation as forestry run-off in particular, from clear felled forestry areas results in rapidly accumulation of silt. Combine this with the fecal waste from extensive over-allocated marine farming in low tidal flow sites and the impact has been deep. Once abundant sea life has declined as a result of council neglect and inertia. This sea life is a vital part of the health of the planet which many species rely on as part of our revolving food chain.
The ecology of the Kenepuru and Mahau Sounds is in a disgusting state and only a shadow of their former glorious self.
In April last year Dr. Steve Urlich wrote a newspaper column in the “Marlborough Express” in which he deplored that the Marlborough District Council apparently no longer considered the Marlborough Sounds as the region’s “jewel in the crown”, having decided to delete that description from the Marlborough Environment Plan ( M.E.P ).
He further explained that “the plan continues to allow the living skin of the seabed to be continually ripped up in clouds of sediment with strewn dead and dying marine species.
The Marlborough District Council “ also sanctions sediment to continue to stream off erosion-prone hill slopes, which smothers the seabed and estuaries, and discoloring the myriad of waterways of the Sounds.”
Photos take from space clearly show the discoloration of the Kenepuru Sound in particular, caused by the sedimentation. We can all agree the forestry is here to stay so why do we not change how we harvest to avoid the destruction? Other countries have, but in NZ we languish behind.
Sounds Crisis Ignored
Steve Urlich and at a guess, I would say perhaps hundreds of people including myself, have been repeatedly asking “why does the council decide to allow ongoing biodiversity decline and ecosystem degradation?”
Frankly, it’s blatant hypocritical irresponsibility by the Marlborough District Council.
The scientific evidence has been there for forty years now which we have been in part paying for through our rates.
So why does Council procrastinate, ignore its own findings and stifle open debate by injecting “paralysis by committees”?
To most people it’s a case of “out of sight, out of mind” but having dived in numerous places to monitor effects, I have seen the layers of silt deposited, seen the dead zones and witnessed the gradual but certain changes that have taken place. The smothering silt and waste is not just centimetres deep but in places, many metres deep.
Unfortunately, the “out of sight, out of mind” syndrome seems to have afflicted most people in Marlborough but especially the Marlborough District Council. When you see a beautiful day out in the Sounds with, clear waters, lovely secluded  beaches and green hills, people assume that what lies underneath must be happy and healthy as well – but it isnt !
No Excuse
The supposed guardians of the public’s interest and the public’s environment, the Marlborough District Council, has no alibi for inertia to the malady.
Habitat loss is the key. When you remove habitat you remove food sources. No food, no fish! So what is causing the habitat loss?
Well the only two major influences to enter the Sounds since strict commercial fishing closures took effect in the 1980’s are marine farming and pine cultivations.
Perhaps the council’s bureaucratic system and the power of the executive has silenced the elected representatives on council? My suspicion is that any environmental conscience within council been rendered silent by the bureaucracy
That needs erasing and bold, urgent action is needed – now !
The Marlborough district councillors who have sat there, term after term, silent while even on environmental panels, need to act urgently – or go.
The people elect councillors in the hope of change for the better and for all. All we get is false bravado and promises every three years at election time.
Then until the next election in three years time, we have to endure the meek and shallow shadows the councillors seem to materialise into. The former popular, strong and outspoken councillors that in the past, achieved what they campaigned on, sadly appear to be a thing of the past.
Footnote: Marlborough 45 year resident Pete Watson is a former commercial fisherman/diver and now an ardent environmentalist. 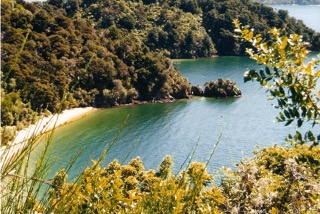 © Marlborough Sounds, idyllic on the surface but a worsening mess is happening underneath, due to bureaucracy by local council

5 Responses to The Suffocating of the Marlborough Sounds by Sediment