Time to Rein in OSPRI over Bovine TB Illogic

Posted on 14-09-2020 by Guest
by John Veysey of Coromandel
At present there are eighteen bovine TB-infected herds in Hawkes Bay. Ospri has found a TB-infected pig on private land. The infected pig was taken from the 12,000 ha of Tataraakina C trust land.
Ospri tells farmers that this find “confirms that the spread of TB in Hawkes Bay is coming through wild life and not through movement of livestock”.
BUT Ospri seems to have no logical explanation of how TB gets into a wild pig. They tell farmers that the pig can not transfer the disease to another pig nor to another animal. Ospri’s supposition is that the possum transfers the disease to cattle but for the possum to get the disease from the pig it must eat the meat from a dead pig which has died from the infection.
OSPRI Failure
For decades Ospri and its predecessor, TB-Free NZ, have failed to establish how possums gain infection from cattle or how the disease is transferred back again from the possum to the cow.
Ospri’s idea of transfer from a pig depends on a “carnivorous” possum. Eh?
The only possum seen to eat meat and chase birds is domesticated, usually taken in as a baby and brought up with cats. The carnivorous possum has never been found in the wild and yet Ospri is determined to blame the wild pig for harbouring the disease.
When Ospri produced an infected pig in the Waikato a few years ago they made the same claim. The Waikato pig also came from private land and the infection was found to come from a domestic herd, it had been introduced to the wild. It is likely that the Tataraakina pig comes from a similar source.
There have been numerous TB outbreaks in the Waikato over the last 25 years, not one could be shown to have sprung from wildlife.
The Ospri manager Danny Templeman says “the risk of spreading the disease like that is considered very low.” Farmers must be concerned that so much time, money and expertise is being devoted to this unlikely source of Tb instead of to the control of the NAIT system for example.
When M-Bovis arrived three years ago it was assumed that the management of the NAIT system would quickly control it. Immediately it was discovered that for the six years since its inception the NAIT system had not been well managed at all.
Instead Ospri had been busy poisoning wild animals. Still the NAIT system is being misused and new TB outbreaks are being blamed on pigs and carnivorous possums.
Zero Consultation
Another strong bone of contention high-lighted by Ospri’s approach to dropping 1080 over the Tataraakina trust land is the lack of consultation. Private lands, which often have numerous owners, are being targeted for 1080 drops by Ospri, DOC and regional councils. A local area, Mahakirau, with 20 partners, “agreed” to poisoning on the strength of a single signature and a bribe of $10,000.
At Kennedy’s Bay a group of land parcels with hundreds of different Maori owners, is to receive a 1080 drop on the say-so of just two members of the community.
The lack of consultation in both operations has caused enormous friction in the particular communities. In the case of Tataraakina only one trustee gave consent for their lands to be poisoned.
How much longer will these authorities be allowed to get away with this behaviour?
© Wild pigs grazing in Marlborough 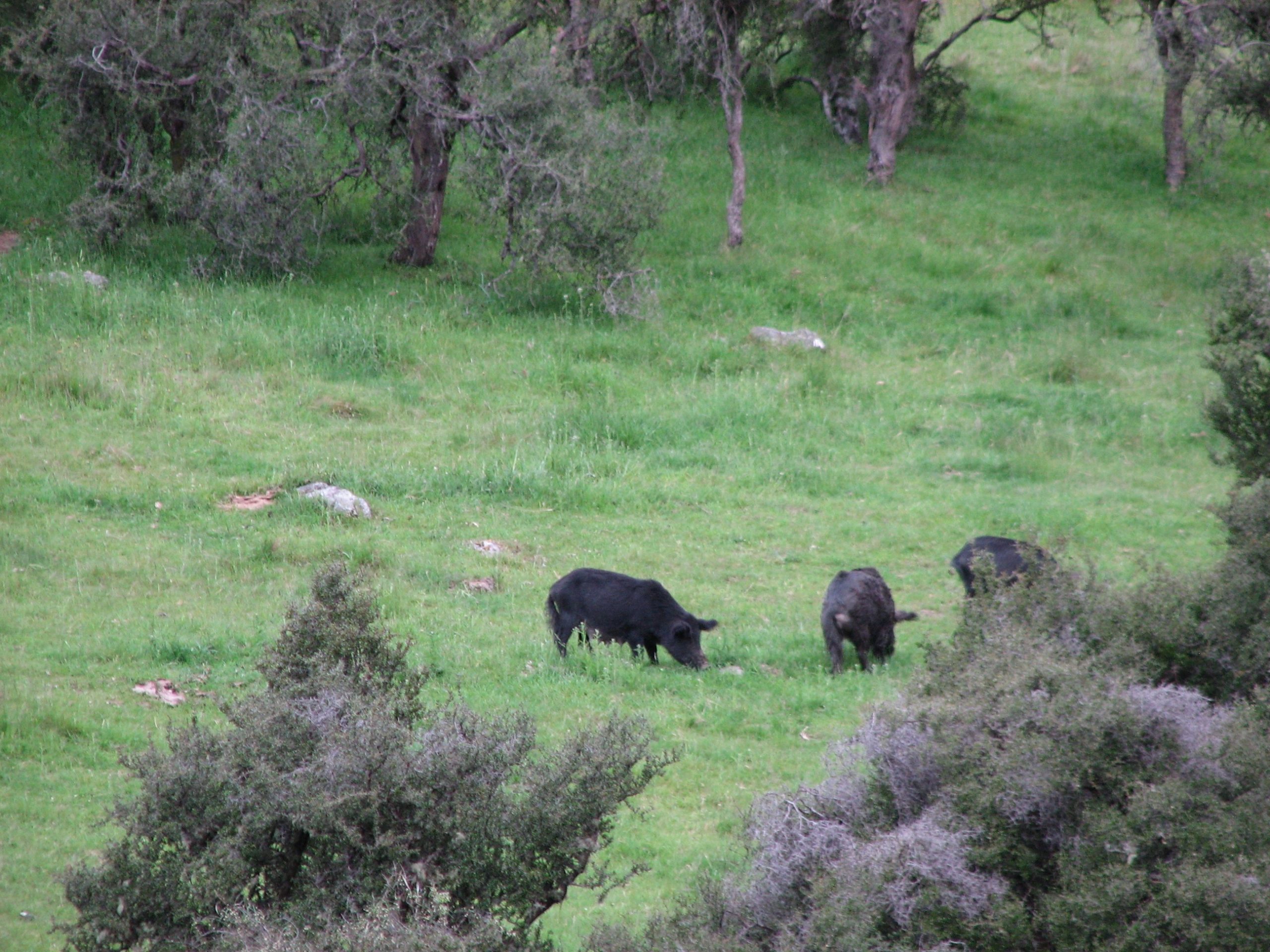