Posted on 31-03-2022 by Guest
Opinion by Tony Orman
Outdoor sports have modified with modern pursuits of frenetic activity like mountain marathons, mountain bikes and bush runs and others and a strong sense of competitiveness.
It doesn’t need to be competitive, in fact passive recreation like fishing, hiking and hunting are probably more beneficial to mental wellness. This is particularly relevant to disturbing trends that as one commentator put it “children are losing their wilderness hours at an alarming rate” plus the related aspect that obesity, mental health and suicide rates among young people are shockingly and therefore totally unacceptably high.
Going outdoors into the wilderness does not have to be frenetic nor competitive, but can be relatively passive yet giving aerobic physical exercise and mental therapy.
A recent trend overseas has been to “eco-therapy,” deliberately seeking a close association with nature. Avenues can be several such as by walking, cycling, fishing, hunting, canoeing, four wheel driving and other outdoor recreation mediums.
For youngsters the outdoors is an indispensable class-room.  The sweet success of catching a trout or perhaps a kahawai, shooting a rabbit, climbing a mountain or canoeing a river builds self-esteem. Tramping, fishing and hunting encourage observation, analytical reasoning and a respect for Nature.
But sadly today some youths often just in their early teens, are committing heinous crimes or indulging in senseless vandalism and irresponsible behaviour. Because of a mixture of boredom,  bewilderment and a feeling of helplessness, youngsters are lashing out. Their confidence for the future is often uncertain and self-esteem is frequently low.
Young people have energies to burn which if not channelled down the right path, have the potential to go awry.
Egalitarian
In New Zealand’s egalitarian society, anyone can fish or hunt. It’s a legacy the first European settlers instilled into the new colony in order to escape the feudal system of Britain where for example, the best trout fishing, deerstalking or pheasant shooting is the preserve of the wealthy minority.
In effect, in New Zealand the kid down the street may go trout fishing on equal terms and rights as the city’s top solicitor, doctor, baker and the candlestick maker or even the Prime Minister or Governor General. In fact there have been former Prime Ministers. The late Jack Marshall a National government PM was a very keen trout fisherman. The much respected Labour government PM Norman Kirk was a pig hunter in his younger days and an ardent fisherman.
I suspect we could do with a few more practical keen fishing hunting chaps or gals in the House. Yes women can hunt and fish too!
A Horizon survey of sporting participation rates in 2012  showed fishing has more than five times more people participating than rugby.
Twentysix percent go fishing while just 5 percent play rugby.
When it comes to getting off the couch, 25.5 percent of adult men and 18 percent of women go fishing.
And as far as youth go, about 35 percent went fishing.
Encourage youngsters
We should be encouraging young New Zealanders into the outdoors. But sadly government priorities and policies don’t give incentive but even spawn disincentives.
Politics is nothing more than “cause and effect.”
Increasing foreign ownership of New Zealand farmland has resulted in locked gates whereas formerly most Kiwi farming families willingly granted access.
Rivers that youngsters once swam and fished in, have had flows depleted by irrigation for corporate dairying. In turn, nitrates and other pollution foul water quality. Alarmingly some 60 percent of NZ’s lowland rivers are rated unfit for swimming.
It’s just not youngsters who benefit from outdoor recreation either. Eco-therapy is the “in” thing for an increasingly stressed society but it’s nothing new.
American conservationist John Muir once wrote in the 1930s  “Climb the mountains and get their good tidings. Nature’s peace will flow into you as sunshine flows into trees. The winds will blow their own freshness into you, and the storms their energy, while cares will drop away from you like the leaves of Autumn.”
Indeed it is therapeutic. John Muir also wrote   “Thousands of tired, nerve-shaken, over-civilized people are beginning to find out that going to the mountains is going home; that wildness is a necessity”
And the great conservationist 19th century Ralph Waldo Emerson reckoned  “In the woods too, a man casts off his years, as the snake his slough, and at what period so ever of life, is always a child. In the woods, is perpetual youth.”
All it needs is government recognition and protection of the value of outdoors and its recreation to society and in particular, our generally troubled young people. 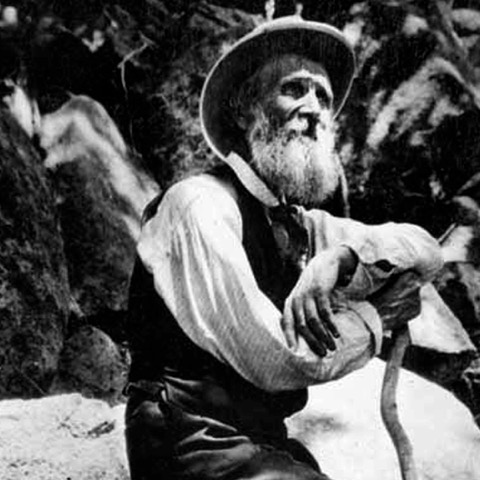 and get their good tidings. Nature’s peace will flow into you as sunshine flows into trees.
The winds will blow their own freshness into you, and the storms their energy, while cares
will drop away from you like the leaves of Autumn.”
This entry was posted in Home. Bookmark the permalink.

3 Responses to Wider Benefits To Youth of Going Outdoors