1080 Drop in Tararua Ranges Based on Fibs and Fallacies

Posted on 23-11-2020 by Guest
A West Coast conservationist and spokesman for the Sporting Hunters Outdoor Trust has challenged the justification for a 1080 aerial drop in the Tararua Ranges by OSPRI (former Animal Health Board), saying it is founded on a false belief that possums are responsible for spreading bovine TB.
Laurie Collins of the West Coast said current 1080 aerial drops on public lands in the Tararua Ranges were based on twin fallacies of possums spreading TB and the country had a TB problem.
“Neither is true,” he said. “It’s irresponsible by OSPRI to be wasting public funds and damaging the ecology of the Tararua’s public lands with 1080 plus telling fibs.”
Laurie Collins said the belief that possum spread bovine Tb had been disproven a few years go when in Parliament the Minister of Primary Industries disclosed that of 9830 possums autopsied, none had Tb.
“Yet in 2020 we have OSPRI  carrying out mass aerial 1080 poisoning in several areas including public lands such as the Tararua Ranges,” he said.
NZ TB-Free
Laurie Collins said New Zealand was virtually TB free and was probably one of the most TB-free countries in the world. The world standard for a country to declare “Tb free” is 0.2% for Tb infected herds and 0.1% for infected cattle.
New Zealand rates of Tb infection in cattle were slight, i.e. 0.0019% average generally over the last decade.
“It is so far below that required by world standards for a Tb free declaration – that New Zealand must be one of the world’s most Tb free countries”, he said.
“Of deep concern to New Zealanders who are outdoor New Zealanders whether tramping, hunting, trout fishing or seeking whatever recreation in mountain areas, is the indiscriminate spreading of a poison that kills anything which ingests it.”
No Species Boundaries
The poison 1080 knows no “species boundaries -whether an insect, bird or animal, it kills, he said.
Laurie Collins now retired has long and extensive experience of 1080 having been involved as a Forest Service trainee in the trials of the toxin’s first use in the late 1950s in the Caples Valley, Lake Wakatipu and in subsequent pest management work.
In the past there had been cases of farmers wrongly transporting stock from infected areas with resultant TB outbreaks on farms. OSPRI had ignored the stock transportation factor and proceeded to wrongly blame possums and then aerially spread 1080 over adjoining public lands. Laurie Collins cited such an instance in Marlborough’s Wairau Valley.
Is OSPRI Needed?
NZ’s extremely low Tb infection rates raised the question whether OSPRI had a continuing role.
“Instead of celebrating New Zealand’s Tb-free status, OSPRI remains in denial and states their aim is total eradication of Tb,” he said. “Is it that OSPRI want to continue its existence and jobs, funded for by taxpayers and farmer levies?”
Even from the first discovery of Tb in possum near Westport in the late 1960s, no-one ever seems to have questioned whether the possum infected cattle, or cattle infected the possum. The default position has always been that it is possum that have infected the cattle.
“What probably began as a few civil servants getting some money from the then Ministry of Agriculture slowly morphed over time into a part of a growth program in the ministries bureaucracy,” he added.
© Laurie Collins – Does OSPRI Need to Exist? 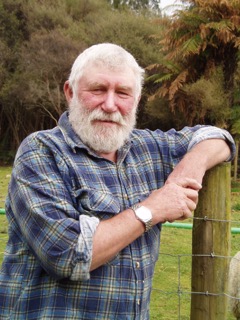