Keeping the Public Alarmed and Consequences

Conspiracy theories abound particularly on the social media and more particularly in recent years. They focus on events like global warming, the prolonged coronavirus pandemic and U.S. presidential election and even intrude into the outdoors and environment with predictions of invasive plagues of pests destroying all in their path.The media at large has to held responsible for over emphasising or even perpetuating ludicrous alarmist calls. Rather than taking a responsible, cool, calm and collected analysis, the media sensationalise. Coverage is often unbalanced with only one side of the issue aired.
The worrying issues the public is confronted with, may be several.
Currently it has been a constant barrage of “rising sea levels, invasive pests, fear of firearms, coronavirus threats, housing crisis – whatever the issue is, its impact is to generate alarm and fear. The negative thinking generated can impact on people’s mental health.
The outcome can be to affect the law-abiding firearm owning community.
For example the Christchurch mosque shooting and murder resulted in anti-firearm law rushed through in an undemocratic process.
The Australian who carried out the massacre was arguably deranged. Overseas mass shootings seem to have the same factor, i.e. mental health.
So it can be argued that the cause of shooting is deteriorating mental health of the people.
Another example, the wild exaggerations around invasive pests pumped out by government agencies and promoted by an unthinking often incompetent media, results in the blanket coverage of public lands with toxins such as 1080. The consequences are dire for the ecosystem and the outdoor recreational public. The justification is never questioned by journalists. Nor is the outcome from 1080 of causing massive rat plagues from stimulated population explosions. The rat plagues impact following aerial 1080 is well documented in science and is there for a good investigate journalist to find.
So who is to blame for these hobgoblins? Are alarmist calls due to incompetent mindless politicians, perhaps calculating bureaucrats or bigger influences?
Irrespective, politicians must stand accused.
Despite those who deride conspiracy theories, the reality is politicians do plot and scheme. Conspiracies go back through the ages. After all what was the Last Supper about? Or Julius Caesar?
A journalist hundred or so years ago may have put his finger on the deliberate political tactic to keep people in a state of fretting.
“The whole aim of practical politics is to keep the populace in a continual state of alarm (and hence clamorous to be led to safety) by menacing them with an endless series of hobgoblins, all of them imaginary.” said Henry Louis “H. L.” Mencken (September 12, 1880 – January 29, 1956). He was an American journalist, essayist, magazine editor, satirist, acerbic critic of American life and culture and a student of American English.
Think about Mencken’s words when you are reading the newspaper, social media or watching the TV news or documentary.
Is the political ploy designed to keep the populace divided by introducing polarising issues?
Whatever the underlying agenda there’s a beneficial spin-off for politicians. Besides if the people are happy and at ease they might focus on any governments poor management decisions?
So keep the plebiscites worried and arguing amongst themselves and alarmed. Divide and conquer? Smoke and mirrors stuff? 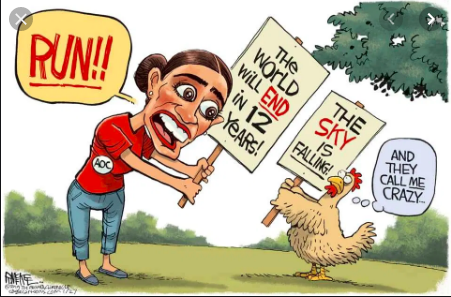 8 Responses to Keeping the Public Alarmed and Consequences