Posted on 28-05-2021 by Guest
“Kahawai decision day, May 28th, is a day worthy of national celebration. Every year,” says national recreational fishing advocacy Legsea.
May 28th. twelve years ago was the day the Supreme Court clarified that the fisheries Minister can purposely allocate the available fisheries to meet the needs of recreational or other interests. Since 2010 the Minister has deliberately limited commercial catch of kahawai on the northeast coast of the North Island in order to enhance public fishing.
The four-year Kahawai Legal Challenge was the first time recreational fishers had taken the Minister of Fisheries to court since the Quota Management System was introduced 20 years prior. It proved the public is able to influence how our fish stocks are managed, to ensure more sustainable and abundant fish populations for the future.
Kahawai was often the first fish a youngster might catch and kahawai often fed a family.  The kahawai is truly ‘the people’s fish.’
Plundered Fishery
The Kahawai Legal Challenge was a response to the Minister of Fisheries’ unfair allocation decisions when kahawai was introduced into the Quota Management System in 2004. The Minister allocated most of the available quota to industrial fishers who had already ravaged the fishery, using purse seiners and spotter planes to hoover up thousands of kahawai schools.
A major campaign was launched. The New Zealand Sport Fishing Council spearheaded the challenge. Te Runanga A Iwi O Ngāpuhi and Te Runanga o Ngāti Whātua supported the challenge because kahawai was a traditional food source for many whānau in the north. After pursuing the case through all available legal channels starting with the High Court in 2005, the Court of Appeal in 2006 and Supreme Court in 2009, the outcome was a mixed decision.
Ultimately, the Kahawai Legal Challenge was a test case. In the ensuing years the New Zealand Sport Fishing Council has increased its involvement in fisheries management and policy processes, initiated LegaSea to reach out to the public, and more recently developed a viable alternative to the Quota Management System – Rescue Fish Ika Rauora.
Kahawai decision day, May 28th, is a day worthy of national celebration. Every year.
Footnote: Read more about the Kahawai Legal Challenge here
© A youngster with his first kahawai 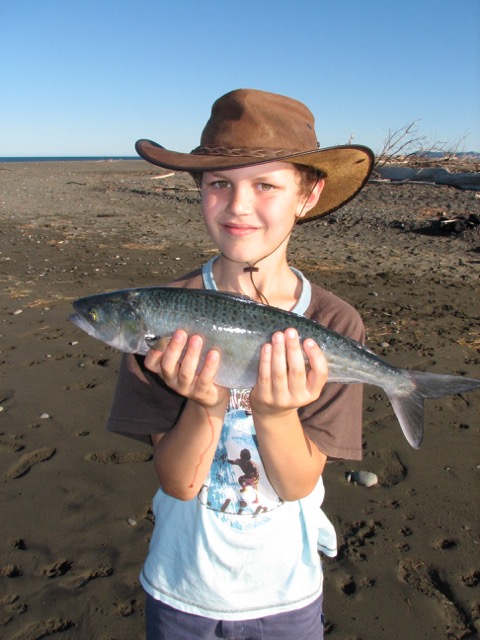