Posted on 05-03-2021 by Guest
Special report
Victoria’s National Parks are being closed off to allow fallow deer to be bombarded with 1080 poison. The proposal has drawn strong criticism from the Australian hunting public and also New Zealand’s Sporting Hunters Outdoor Trust.
Laurie Collins, spokesman for the Trust warned Australia not to use 1080.
“My advice to Australia is don’t use 1080.  Don’t make NZ’s ecologically tragic mistake,” he said.
The report of the Australian 1080 operation came via a Facebook site “Field Sports Britain” which reported Victoria was cracking down on increased fallow deer numbers. National Parks are being closed to allow a “massacre” of deer by poison. Farmers say they are shooting hundreds of deer with little impact and want to put out feed containers laced with 1080.
However Laurie Collins who worked on the first NZ 1080 trials in the 1950s as a Forest Service trainee says he came to realise 1080 is an unethical, cruel, ecosystem-damaging  toxin. 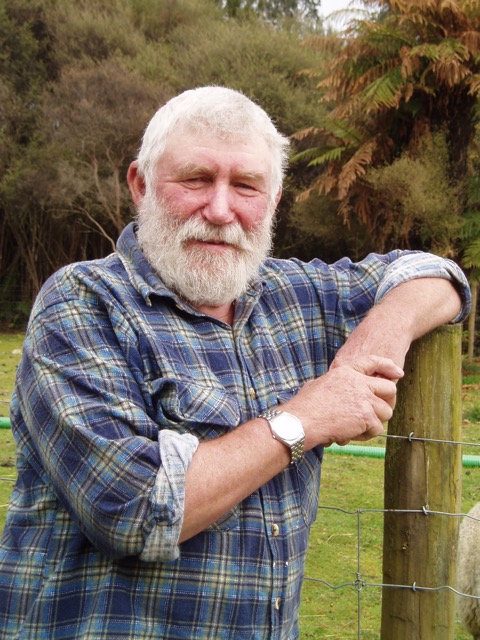 Laurie Collins – advice to Australia – don’t make NZ’s tragic ecological mistake by using 1080.
“NZ’s bureaucracy and an often dysfunctional Department of Conservation has stubbornly continued with 1080 on public lands despite much public opposition. NZ’s poison industry has become a big, bureaucratic, corrupted operation “ he said.
Many NZ native birds are now endangered, for example kea, morepork, robins, falcon and others.
“The bureaucracy with “smoke and mirrors” spin fudges the truth to justify its policy,” he says.
Laurie Collins said 1080, first developed as an insecticide, was patented in Germany in 1927.
“1080  knows no species boundaries, killing everything that breathes oxygen and which ingests it – insects, birds and animals.”
Research shows fast breeding species like rats recover quickly from 1080, breed prolifically and in four years can reach four times original numbers.  Stoats whose main prey is rats then explode in numbers.
“All DOC and OSPRI have done is cause rat and stoat population explosions.
Valuable native birds, deer and insects (food of insectivorous birds and vital for pollination) die.
1080 disrupts the ecosystem and is an unethical cruel poison taking two or more days to kill he says.
“Animals undergo violent vomiting, seizures, and frenzied agony. Carcasses retain the poison and a bird or animal scavenging, dies and endures a horrible death,” says Laurie Collins. 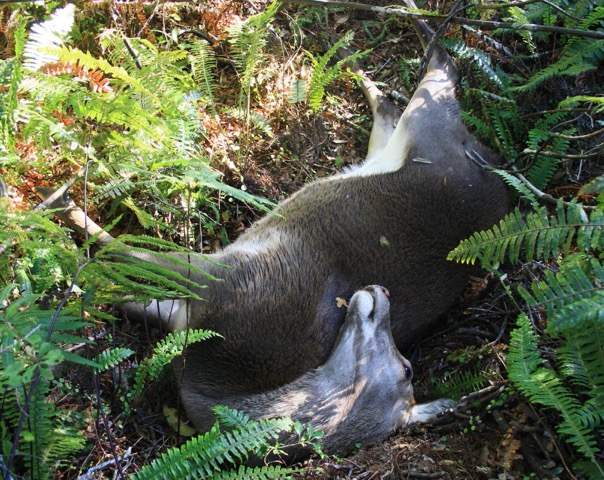 A  deer after 48 hours death throes that ingested 1080