The New Zealand Deerstalkers Association says the backlog in Police’s processing of new and renewing firearms licences will mean that many New Zealanders will, again, miss out on hunting during the deer roar this March and April.

NZDA Chief Executive, Gwyn Thurlow, says “after missing out on the 2020 roar due to Covid-19 Lockdown, hunters are looking forward to the 2021 roar this March and April however many hunters will be forced to sit on the side-lines because of Police administrative delays in renewing their firearm licences.”

“Many hunters have been in touch to tell NZDA that they are one of the many people caught up in the huge backlog in firearms licence processing delays by Police.

“The timing is particularly unfair on hunters who rely on securing meat for their families at this time of year”, says Gwyn Thurlow, noting “the roar is upon the Kiwi hunting community but sadly a good number will miss out through no fault of their own, simply because of the administrative backlog at Police.”

According to their own processing guidelines, Police are meant to process 80% of licence applications, both renewals and new applications, within 30 days. However, NZDA is fielding calls and letters from members saying they have been waiting for over six months.

Given the direct connection with hunting and the use of firearms, and the necessity of having a current firearms licence to use a firearm, the Police delays are of deep concern to NZDA.

“Hunting centres around the possession and safe use of firearms and so any ‘process’ related delays are disappointing”, says Gwyn Thurlow.

“Honourable Police Minister, Poto Williams, can use her powers under the Arms Act to provide for an extension of existing firearm licence holders caught up in the administrative process.”

“Law abiding licenced firearms owners are, yet again, at the mercy of third parties through no fault of their own. However, in this instance the Minister of Police has the ability to do the right thing by New Zealanders and extend the expiry date of their licences until after the roar, or, if not, until after duck shooting season.”

The roar is from late March through April, peaking early April. It is the breeding season of New Zealand’s deer species. The roar lasts approximately four weeks, with stags being the most vocal in the middle two weeks. The 2021 roar season coincides with our Easter Holiday long weekend and so will be well attended by New Zealand’s hunting community. Like duck shooting opening weekend, the roar is the most important event on hunters’ annual calendars. 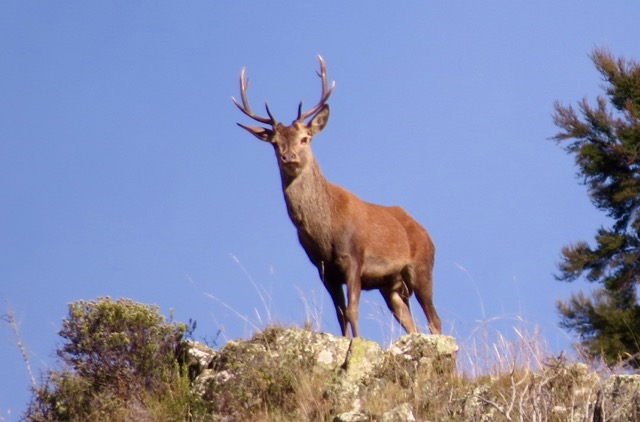 The autumn is the traditional time for hunters after a stag. Photo Tony Orman