Quote – “We shall be doing a great service to the country in stocking these large areas with this valuable and harmless animal.”

“A query about the Possum – has it’s danger been exaggerated?”

That was the title of an article I wrote for the “NZ Weekly News” back in 1961.  Strangely the article drew no comment and I have not changed my views since, in fact probably only reinforced them.

Why should a deerstalker be concerned about whether or not the possums is a pest?

The answer is that the 1080 poison programmes run by government departments, on conservation grounds, and OSPRI, formerly the Animal Health Board, on eradicating possums bovine Tuberculosis (Tb) is indiscriminate.  It kills not only possums but other life from invertebrates to insects, native birds and wild game such as deer.

Why should a conservationist like me, challenge the mantra that the  possums is a pest?

The spreading of poisons is done on the erroneous assumptions that (a) there are 70 million possums spread evenly over New Zealand (b) possums are a rapacious consumer of foliage and (c) possums are the major vector (spreader) of Tb in farmed animals. The 70 million number was “calculated” by counting road kills on highways – a method that surely defies scientific credibility.

Let’s look at the assumptions one by one.

Experienced possum trappers I have spoken to over the years, all disputed the mythical 70 million figure. Their estimates ranged in the 20 million to 25 million figure. One very experienced trapper was the late George Spittal of Rai Valley. In an article in “NZ Hunting and Wildlife” Summer 1996 -97, he pointed out the fallacy of DOC’s thinking.

Another possum hunter I spoke to was adamant about the flawed 70 million figure.

“It’s total bullshit. They’ve been quoting that for the last 30 years to justify their use of 1080,” he said.

And he is equally forthright on the corruption.

“There’s big money being paid out, big salaries at stake. They’ll prop up the myth with propaganda plus the government owns the 1080 factory at Wanganui.”

The propaganda has exaggerated and perpetuated myths about possums such as the 70 million figure often quoted by DOC he says.

And he rejects the “tonnes” of vegetation DOC says possums gobble each night.

“That’s garbage. I get around the bush a lot and it’s in very good heart,”  Wyn says.

“The claim of possums preying on birds and nests is greatly exaggerated. Possums are herbivores not carnivores. The biggest threat to native birds are stoats and especially wild cats – and 1080 poison. DOC aren’t aware because they’re in Cloud Cuckoo Land.” 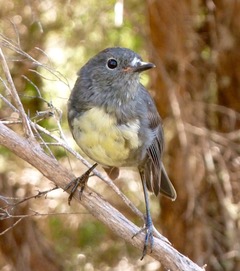 Several years ago, I came across details of a Department of Conservation workshop held in the mid-1990s on “Possums as Conservation Pests”.

A respected scientist Graham Nugent of Landcare Research, spoke on the subject.

In simpler words, the fictitious number of 70 million possums would gobble only about 1/15th or 7 percent of the new foliage each night.

Indeed it would be less because most possums live near margins of forests adjoining paddocks rather than in the forest and a significant part of their diet is grass or spring and summer growth on farm trees like wîillows, growing outside the forest.

Graham Nugent termed the 70 million possum “guess-estimate” by DOC as a “back-of-a-cigarette-packet” calculation.  Recently DOC have tended to reduce the “estimate” of the total possum population down to about  35 million. Even that could be far too high.

Is that a forest pest?

Graham Nugent went on to say that possums do not threaten the total national forests by deforestation. For the bulk of New Zealand’s forest, the process is one of a change in individual species known as composition. There would be less of palatable vegetation species. So the change is merely a structural forest change.

•  Possum populations are not consistent. Some gullies may have high possum numbers, other gullies because of aspect, low or nil numbers.

•  Some areas by nature such as nutrients, hold low numbers of wild animals.

In Marlborough for example, the Richmond Range and the Red Hills area in the head waters of the Pelorus and Motueka Rivers have low populations. Yet the Animal Health Board in conjunction with the Marlborough District Council aerial spread 1080 over the Manuka Island/Red Hills area despite a pre-drop trap line showing nil possums!

It is claimed aerial poisoning is only done in remote, rugged areas, but the instance quoted  above (Manuka Island/Red Hills) is adjacent to a state highway with some forestry access roads into relatively easy mountain country. Similarly, a DOC aerial drop in the historic Ship Cove, Cape Jackson area of the Marlborough Sounds, was very accessible by boat and again far from rugged country.

•  Possum numbers are much higher in marginal country and along lower bush edges where possums will “graze” pasture, than in forest. One study near Wellington suggested possum numbers were  400 percent higher (i.e. 4 times) that of numbers in the forest itself.

•  Possum numbers in rugged country are usually “controlled” by the rigorous environment especially climate. In inclement weather, natural mortality of possums may be as high as 40 percent.

In addition, my observation is that possum numbers have naturally declined or are declining to a low stable level, which is a known characteristic of wildlife populations.

Thane Riney in his classic Fiordland Lake Monk study showed  how a deer population undisturbed and left to Nature, peaks and then falls to a low stable level.  Any wildlife population acts the same. 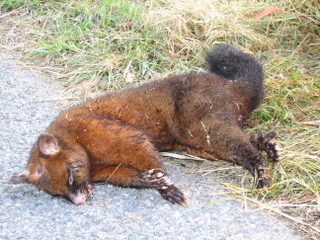 Many comment on a noticeable decline in road kills of possums, in areas that have not had 1080 distributed for two or three decades, such as  the Whangamoa Ranges between Nelson and Blenheim, as well as other highways. Twenty years ago, possums (dead or alive) were common on highways – today very few are seen.

Possums at an estimate, reached their peak 30 or 40 years ago and have been in a gradual decline for the last decade or more.

The alarmist supposition that possum numbers will explode if poison drops are stopped is absurd. Possums are slow breeders with just one “joey” a year.

In any case, if numbers were to increase, harvesting of possums by commercial fur trappers at no risk to other wildlife is the obvious option.

Besides the possum is a resource with possum fur worth $110  a kilogram – subject to fluctuations – compared to $3 a kg for crossbred sheep wool.

There is interesting research by botanist-hydrologist the late Dr Patrick Grant in the Ruahine Ranges. For decades in the 1950s-2000 period, government departments and the vociferous Forest and Bird Society have blamed possums and deer for tall dead spars of forest trees poking above the forest canopy in the Southern Ruahines. Dr Grant was intrigued when he read of early missionary explorer William Colenso’s travels in the ranges in the mid 19th century. Colenso told of forest damage and giant land slips long before any possums or deer were introduced.

Subsequently Dr Grant’s research pinpointed the major cause of forest damage as climatic. The dead tree spars were the remnants of a severe drought period 1909 -15. And such periods are cyclic. These periods of dry, windy weather were traced back by Dr Grant as far back as the 16th century.

Similarly Dr Grant compared photos taken in 1918 of the Waipawa upper reaches with the 1980s when he did his research and concluded the forest canopy had repaired itself despite the browsing of possums.

The seminar, “Moas, Mammals and Climate Change” in 1986 also featured papers by scientists on insect browsing such as grasshoppers on snow grass and beech roller caterpillars. In 2010 in the Nelson Lakes National Park, defoliation of large tracts of beech forest were found to be naturally caused by caterpillars – not possums.

A Treasury Working Paper “Coughing Up for Tb control” produced in 2000 raised serious doubts about the role of possums in bovine Tb infection.

It said on the likelihood of a trade ban from New Zealand’s export markets, that “the risk is probably very small,’ and that “the true risks are likely to be smaller and shorter in duration” than the Animal Health Board claimed.

The paper also addressed how the problem of Tb rose in the first place by saying “the root cause of the problem is not the presence of possums but rather their infection with Tb, as is clear from areas like Taranaki, which have possums but are still Tb free … suggest that Tb was spread by transport of infected animals.”

In some areas, lowered Tb infection can also be attributed to greater awareness by farmers and transport operators and improved systems for stock movement.

In 2016 Agriculture Minister Nathan Guy disclosed in Parliament that 9,830 possums had been autopsied to assess the incidence of Tb infected possums. Not one possum of the 9,830 had Tb.

In October 2001, Dr Frank Griffin of Otago University addressed a Marlborough Deer Farmers’ function. The scientist said that New Zealand’s pest management strategy focused narrowly on “killing possums and skin tests”  and was not the solution to the Tb problem.

After all, the skin test to detect Tb in stock, is widely acknowledged as being so inaccurate. In essence, it means one in 10 cattle can be Tb infected but give an erroneous “clear” of Tb reading. I know of four cases in Marlborough where farmers sick of getting positive reactors (Tb infected) got blood tests (95% accuracy) done. Animals that had tested as not Tb infected by the skin test, were carrying Tb. These animals are referred to as “sleeper animals”.

Scientists have been frustrated by the AHB’s and DOC’s dogmatism. Dr Frank Griffin of Otago saw the long term, logical solution for deer farming as selectively breeding genetically Tb resistant deer, but was refused funding while annually millions of dollars were spent by AHB and DOC  spreading 1080.

In any case, New Zealand’s low incidence of Tb.

Conservation researcher and author the late Bill Benfield wrote in any case total eradication to a zero incidence of disease is impossible. For that reason the World Organisation for Animal Health, an affiliate to the UN, sets the world standard for a country to declare “Tb free” at 0.2% for Tb infected herds and 0.1% for infected cattle.

“What zero means is the impossible dream. It is like “infinity” – where is infinity? Where is zero? Like infinity, how do know you’ve reached it? Do you have to go on forever, even after 2055, seeking a holy grail of zero, which is what OSPRI spokespersons want. More cynically, OSPRI wants jobs for years, paid for by taxpayers and farmer levies?” he said.

“It is so far below the 0.1% required by world standards for a TB-free declaration – that New Zealand must be one of the world’s most TB-free countries. By world standards, even possum are TB free! “ said David Obendorf

A good percentage of deer and most other life are killed by 1080 poison as is most other life. The poison  was first developed as an insecticide in 1917. It is non-selective, killing everything that takes in the toxin or if a sub-lethal dose, eliminating the species ability to reproduce.

“There is now a familiar litany of scientifically insupportable claims about what great things aerial 1080, a universal poison, is doing for our forest ecosystems. The people of New Zealand have a right to know the truth about what the scientific evidence shows.”

“The results are startling and belie most of the department’s claims.”

“First, there is no credible scientific evidence showing that any species of native bird benefits from the dropping of tonnes of 1080 into our forest ecosystems, as claimed by the department and Forest and Bird. There is certainly no evidence of net ecosystem benefit.”

The possum has been demonised to justify the use of 1080 poison.

Belief that there is a possum problem is an excuse to dump more poisons.

Footnote; Tony Orman is a conservationist and outdoor sportsman and has had some two dozen books published.

11 Responses to Possum – Pest or Resource?