Would You Like Another Meeting Or a Cup Of Tea Instead?

With apologies to The King’s Breakfast by A.A. Milne

An angler went a fishing, his day became a frown

With plants and toxic algae up and water levels down

His thoughts became more urgent, “we are running out of time”.

An Auckland money changer keyed by politics of greed

With money as his focus as with many of his ilk

“There is money to be made boys turning water into milk”

Now no one owns the water a comment Key would make

Key replaced Ecan’s councillors with commissioners of his own

Who employed the water users to run the Water Zones

“Consultation” “Aspiration” were the words that Ecan used

By setting distant time lines there was never any doubt

The Council could procrastinate before they were found out

Much of it attributed to nitrate from cow pee

He reported this to Ecan, to a member of the staff

His protest went unanswered but might have raised a laugh

A circular discussion as to who was NOT to blame

The evidence was tabled once accepted all agreed

Situation unacceptable for action there is need

So thank you for your evidence you really are well read

Now would you like another meeting or a cup of tea instead?

Cartoonists have highlighted the ruing of rivers with intensive farming, now poets are wading in on the argument 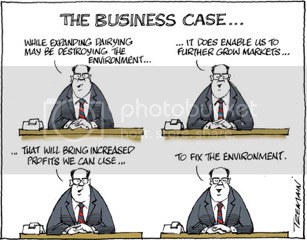 2 Responses to Would You Like Another Meeting Or a Cup Of Tea Instead?